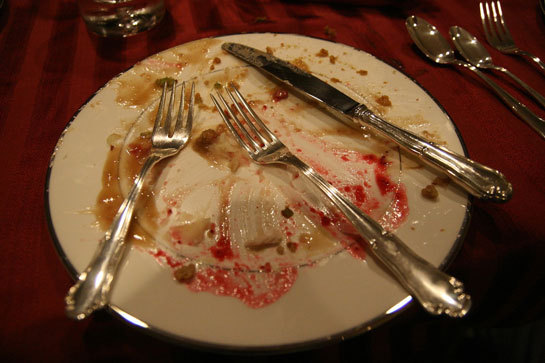 These three deserve the label: Google Is Getting Into Everything!
More Details About Google’s Gigabit Switches
Om Malik explains how Google is getting into the Gigabit switch business.
The Google Set-Top Box (Think Android For TV)
Google is getting into the not only the mobile phone platform space but also looking to do something similar in the TV space.
Google preparing to enter the print magazine space?
Google goes to magazine in China? Yes, it appears they are printing magazines in China.

News Corp to buy LinkedIn?
An unconfirmed rumor has reached me via a reliable source that LinkedIn is in talks with media giant News Corporation over a possible buyout in January 2008.

The Awesome Potential of the Semantic Web
Marshall Kirkpatrick posts an interview that shows just how much untapped potential remains in the world of web applications.

Firefox 3 Beta Lookin’ Good
Firefox 3 seems to be addressing the user experience more than anything else. There’s a better download manager, one-click bookmarking (stars), better security, patched memory leaks (or so it has been claimed) and everything else you might expect. I downloaded it and tested it out and had a few computer issues once installed so I aborted my testing mission but you can give it a whirl if you like.

RedLasso: Cool News Vid Tools, but No Content Deals on Which to Use Them
RedLasso, a product I previously reviewed, records and hosts hours upon hours of local and national TV and radio programming. NewTeeVee takes another look in this recent review.

How (and Why) to Create an OPML File
A list of sites that you regularly visit is in essence your reading list or in geek terms your OPML file. This file can save you loads of time and effort in continually pulling together your favorite sources. Marshall Kirkpatrick explains how to create an OPML file and why it is important.

Pijoo Similar To MyBlogLog Only Prettier
Pijoo allows you to build a community based on your blog visitors. The new service enables you to share your blog with the world and meet like-minded people/bloggers/readers.

The death of e-mail.
Slate Magazine reports that teenagers are abandoning their e-mail accounts. I would love to abandon mine and resort to another form of communication. What would you like to do?

AT&T opens first Experience Store in San Bruno
AT&T is introducing the first AT&T Experience Store on the west coast taking a page out of the book of Apple and Sony in the retail store department. The 5,500-square foot store in the San Bruno Towne Center is about twice the size of a typical AT&T store.

Meebo aims big, introduces games
Meebo released more than 20 games from 14 partners, including chess, poker, puzzle and other popular casual games, for its users to play.

Text-Driving now a crime they make you a criminal for
It’s officially official: texting while driving will get you a ticket! Don't text and drive.

A Guide to the World's Most Popular Twitter Clients
Read/Write Web takes a closer look at how Twitter is being used and mashed up for a number of different products.