« Video: We Are The Web | Main | Qik Streams Live Video From Your Phone To Web » 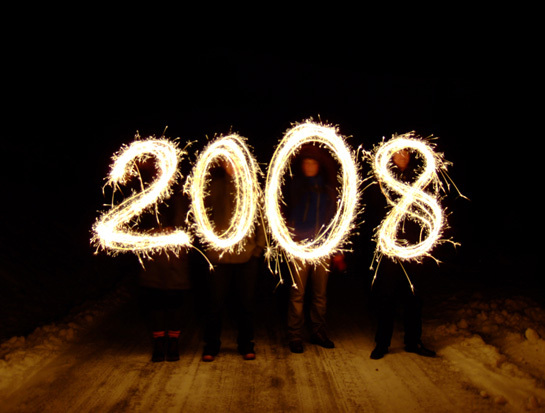 A Heart to Heart from GigaOm
GigaOm founder Om "GigaPapi" Malik suffered a heart attack over the holidays. He is recovering in San Francisco. Om Malik is a class act and I wish him the best. Hang in there buddy and be sure to take Omega 3 everyday.

The 50 Most Popular Web Design Posts of 2007
Crestock.com take a look back at some of the most popular design articles, resources, and tutorials.

Wi-Fi is Up and Running? Time to Optimize Your Network
Quite a few of the best software utilities for Wi-Fi network optimization are free, and in this post I’ll round up several of the best ones.

Advertisers Banking on Social Networking in 2008
Last year, advertisers spent $920 million advertising on social networks. They plan to spend a lot more this year - 69 percent more, according to eMarketer - around $1.6 billion. It’s not expected to slow either.

JPMorgan Predicts 2008 Will Be “Nothing But Net”
JPMorgan’s Internet analyst Imran Khan and his team released a massive 312-page report this morning titled Nothing But Net that paints a bullish picture for the major Internet stocks.

Can Social Search Take Down Google?
Jimmy Wales' Wikia Search will open to the public next week with an eye toward improving search by letting users tweak search results in a fashion similar to how users edit entries on Wikipedia.

Start the New Year Off Right: A Guide to Online Giving
RWW offers up an extensive list of places to donate online.

VC's New Math: Does Less = More?
The Wall Street Journal discuss the trend by VC firms to invest small rather than sinking lots of money into a startup.

Online Video's Long, Fat Tail?
How fat will online video's "tail" be? (That is, the virtually infinite period of time following the burst of views a video gets upon its initial appearance.)

Twitter Fills a Communication Void - Covering All That's Social All the Web
Nick O'Neill explains how Twitter fills a clear communication void. I agree, at first I was a little skeptical of Twitter but mow I feel it is a valuable platform for communication.