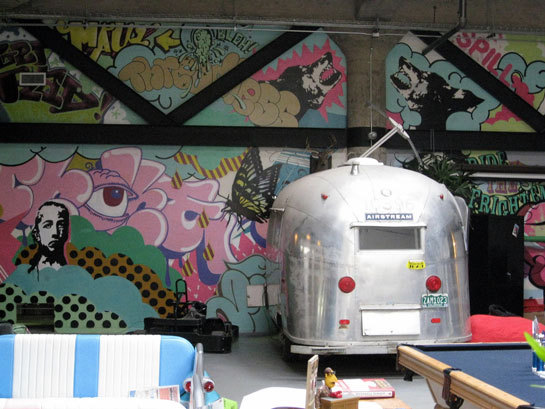 Will There Be A (Successful) iPhone-Only Social Network?
Michael Arrington thinks an iPhone-only social network, if it had the right features, would be a huge hit with these users. He goes on to talk about presence awareness. I definitely agree with what he is saying. I really like the recent Google Maps implementation on the iPhone offers users the ability to locate themselves. A similar feature within the context of Facebook or Twitter would save me a lot of finger fatigue as I type on the quirky, narrow iPhone keyboard with my right thumb.

Hot Spots for Oscars Research
With the Oscars today, you might want to do a little research online and the Compete Blog offers up some great tips on places to look. If you did not realize it already, the Compete blog is one of the best corporate blogging efforts on the Web.

Hello World: yesterday, today and tomorrow
All the developers out there will appreciate this little history on "Hello World" on the Web offered up this week by Ajaxian.

Documentary: imagine it! How to build a company on a Post-It note
VentureBeat points imagine it! a new movie released for free download online. Budding entrepreneurs can now watch imagine it!, a documentary showing students building killer products from simple Post-It notes, for free at the movie’s website. I just downloaded it to watch on my iPhone the next time I am sitting on a plane, stuck in traffic or a waiting room of some sort.

Twitxr is the Twitter for Pictures
Brian Solis, a darn good photographer himself, takes a look at Twitxr. He explains how we have Twitter for text, Seesmic for video, Jott for voice, Utterz for all forms of multimedia, and now we have Twitxr for your pictures.

Online Print On Demand Space Heats Up
ReadWriteWeb reports on how things have changed, and the burgeoning print on demand industry is starting to come into its own.

Mixx Offers More Contextual Options
This week on Mixx called Related Items and GigaOm offers some details. TechCrunch also reported on how Mixx added clustering and thinks Digg should do the same.

GrowVeg: Garden Planning 2.0?
Take the guess work out of where you are going to put your turnips vs. your asparagus. Rev2.org reviews a new British service called GrowVeg.com, which is intended for that exact purpose, plan your your garden.

Facebook Fatigue? Visitors Level Off In the U.S.
TechCrunch reports on how the number of people who visit Facebook has been leveling off over the past few months in the U.S., and even dipped by about 800,000 individuals in January and has more numbers which it has used to question if Facebook users are seeing signs of fatigue.

Olympic Bloggers!?
Nir Ofir reports on some interesting rules being brought down by the International Olympic Committee related to bloggers.

YouNoodle Thinks AI Can Predict Startup Success
YouNoodle is a startup that thinks it can use artificial intelligence to predict whether other startups will be successful. Hmm, very interesting.