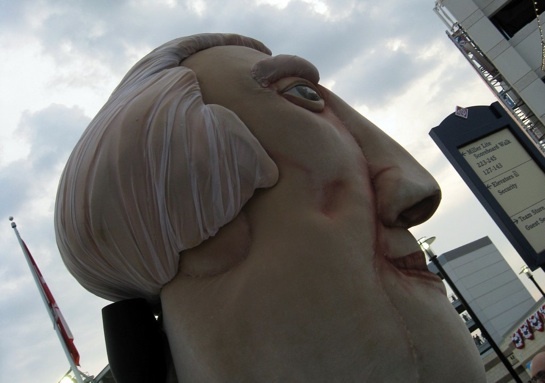 Microsoft drops bid to acquire Yahoo
Wow, I thought this was a done deal. I guess I was wrong as Yahoo proved to have been able to flex its muscle and push off Microsoft as they felt the proposed amount was not enough.

What's Next for Yahoo? Merging With AOL Still My Pick
CenterNetworks still thinks an AOL & Yahoo merger is the right move.

Q: How in Holy Hell are Facebook, Slide, Ning, & "Toy Apps" worth Billions? A: Social Commerce.
Dave McClure offers an answer to the high valuations of social sites like Facebook, Slide and Ning as he replies to Kara Swisher's recent question.

An Interview With Y Combinator’s Paul Graham
Paul Graham recently sat down of an interview with Found | Read which is worth a read.

iVentures10: Starting up in Illinois
iVentures10 is a program created by Illinois VENTURES initially as a “new kind of internship” for U of I computer science students which rivals the programs of TechStars and Y Combinator and is based in the Midwest.

How To Keep Your iPod Cords Untangled For Free
You make a devil horn with your fingers as in the diagram, hold the earbuds down with your index and middle fingers, and then wrap the cords around each "devil horn" like a figure eight. This is definitely a trick I have been in need of.

Zell pitches an August sale of Chicago Cubs
Hopefully the team will be put in the hands of Mark Cuban or someone like him as the Chicago Cubs close in on 100 years without a World Series title (the longest active drought). Maybe this is the year. :)

The Rise of Alter Egos In Everybody's Space
The Web enables people to have multiple personas as this article explains.

iDo - Wedding Planning Leverages Social Web
WSJ reports on how brides-to-be are turning to a new type of wedding planner -- a few hundred of their closest friends via the Web.

Twitter Said To Be Abandoning Ruby on Rails
TechCrunch reported that Twitter was about to abandon Ruby on Rails for PHP but it turned out to not be the case but it still fueled confusion and the Rails vs. PHP debate.