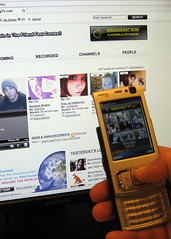 BlogTV, the personalized online TV platform which I use for streaming live split-screen video interviews, has just made it possible to watch all those videos from your mobile phone while on the go. Now with BlogTV offers all its live streams for free, without any installation of software for all major mobile carriers. But they are still waiting on the iPhone to be able to play these types of videos.

Israel is known to be a hotbed for Internet startups. Though I have never visited Israel thanks to the California Israel Chamber of Commerce 15 Israel companies will be visiting Silicon Valley starting February 4, 2008 as part of a week long road show called the IsraelWeb Tour.

Seesmic, a startup founded by European entrepreneur and blogger Loic Le Meur, has been in closed alpha since October 2007 has hopes of creating a video conversation platform online. Seesmic creates an dashboard for anyone with a web cam to quickly create a video. Videos can then be published to a website or social network as well as responded to within the Seesmic community.

My first impression of Seesmic was that is reminded me of slimmed down version of BlogTV which I use regularly for video interviews. But it appears that Seesmic is aimed at creating more a short form or Twitter-like video community where people can interact around both user generated and professional content.

Continue reading "Seesmic Looks To Be A Video Twitter" » 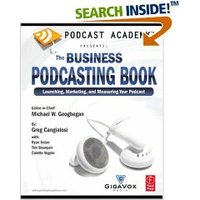 BlogTV is an Israel-based company that enables people to create their own live broadcast channel on the Web. Similar to UStream.tv, BlogTV empowers anyone with a webcam to create a destination channel for broadcasting live episodes.

I got a chance to sit down with BlogTV Vice President of Product & Content, Nir Ofir, at Supernova 2007 and got a live demo. While demonstrating the features of BlogTV, Nir showed its unique ability to connect two broadcasts together as co-hosts. The screen-shot (shown below) displays the live broadcast in which Nir connected us (Frank Gruber and Jen Consalvo) with Jeff Pulver on PulverTV. I do not believe UStream.tv or other services offer this type of service but would love to hear if there are other services out there that do something similar.

A BlogTV channel includes live chat collaborations tools and user contributed ratings. Users can record broadcasts or stream them live with the option to embed the show into other sites and blogs. In the short demo we saw, BlogTV appeared to work well, however we did notice a bit of a delay between the two co-hosts on the show. I am not sure if that was due to the poor Internet connection at Supernova or if it was the actual application itself - it could have been attributed to a number of things. 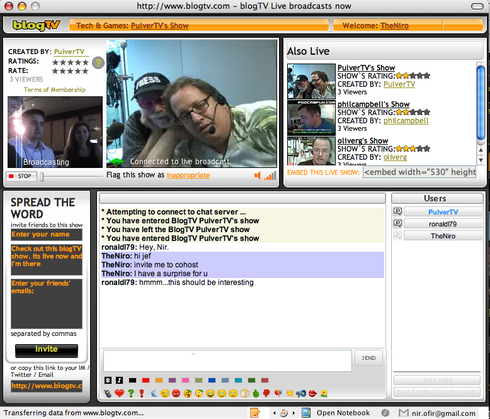 Bottom-line: BlogTV is a platform that enables users to create live broadcast channels via a webcam with ease.