As scientists recently drafted a report that describes a dire outlook for planet Earth, the effects of global warming on the planet have literally been a hot topic (no pun intended) and even made a recent stop at the 79th Annual Academy Awards. However, there are a number of environmental or "green" web sites focused on improving the situation. This article will showcase some of these movements that I have encountered recently.

EcoGeek - A site devoted to monitoring and exploring the current explosion in technology designed to mitigate our impact on the environment.

Greener - A search engine that could come in handy if you are looking for green products, services, organizations and information. Currently the green search engine boasts that it is search over 9 million sites and 50 million links.

greeninternet.org - As you surf the web, energy providers supplying power to your computer are burning fossil fuels and emitting harmful carbon dioxide (CO2) into the atmosphere. By pairing web surfers with sponsors, greeninternet.org looks to offset the environmental effects of surfing the web.

Gigoit - With the tagline of "Choose to Reuse" Gigoit offers anyone a place to get rid of unwanted items without having to resort to filling up a landfill. If craigslist doesn't work I would give Gigoit a try.

Hugg - Taking some inspiration for the popular web 2.0 social news site, Digg , Hugg offers users the ability to recommend green news to be rated by the rest of the Hugg community.

TerraPass - Helps counter the carbon dioxide emissions created by your lifestyle… and you don’t even have to leave your computer!  Just plug in your car’s information, your flight plans, your energy bill, etc. and TerraPass crunches your carbon dioxide output.  No it’s not just to make you feel guilty; this site also enables you to donate an amount to alternative energy sources to offset your damage.

TreeHugger - There are number of green blogs but if I had to pick on to stay tuned to for the latest in environmental or "green" news, tips and updates it would be TreeHuggers. TreeHugger recently partnered with Daylife to create The TreeHugger GRNDX which is the first "green index". It works like the stock market index, except that instead of tracking stocks, it tracks mentions of certain key green phrases in the media as a way to gauge how much mind-share certain concepts have week over week. TreeHugger offers number of other resources some of which include a set of how to go green guides which range from how to green your car to how to green you sex life.

Are you doing anything online to help the environmental movement and "Go Green?" I'm sure I left a few organizations or green products, out so please add others you know of in the comments section. 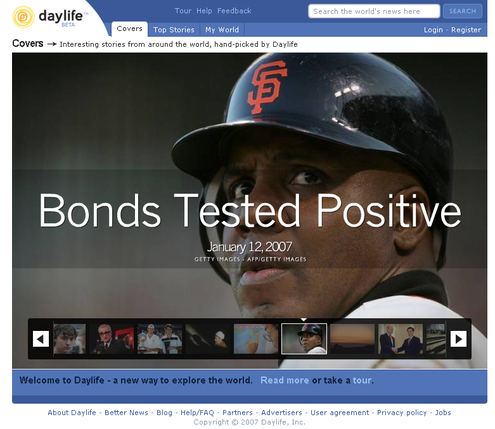