It has been a rather eventful year for TECH cocktail, a community building media startup, that I co-founded in 2006. We are wrapping up another year with two more TECH cocktail events one in DC on Thursday, December 3rd and our final 2009 event in Chicago on Thursday, December 10th. We have some great sponsors like Intel and Winamp and more and about 20+ never before seen start-ups showing off their products or services in an expo style.

Wow, these events will be our 10th and 11th events this year. Hope you can make it to DC or Chicago for one of these events - tis the season to TECH cocktail.

SnagFilms Launches Hub For Indie Films But Does It Really Let You Snag Films?

Independent filmmakers just got a new place to flock online as Washington, DC-based startup SnagFilms launched today. The startup looks to "change" the way independent film is distributed. Snag Films was founded by Ted Leonsis and was created to address the bottleneck in distribution for quality documentaries that has left many great films unable to reach their potential audience or to provide a viable financial return. Ted announced the launch and his reasoning behind the site on his blog today.

Continue reading "SnagFilms Launches Hub For Indie Films But Does It Really Let You Snag Films?" »

DailyLit, a creative daily book delivery offering, has just added another means for users to consume book contents in small digestible increments by enabling a Twitter groups with daily updates. If you are interested in reading your books in short, serialized installments via Twitter, DailyLit is offering the following three titles available for free:

Twitter users will be able to follow the selected title each day with Twitter updates providing a link to that day's installment. This release further shows DailyLit's devotion to making book reading more manageable in our everyday busy lives.

Somewhat Frank has been taking the brunt of an intense schedule this past week as I have been in Chicago preparing for and hosting the first TECH cocktail CONFERENCE, followed by our 8th Chicago mixer, TECH cocktail Chicago 8 on May 29, 2008. Though it took a lot of time and hard work, it was all worth it as it was a lot of fun as we were able to further our mission of better connecting and amplifying the technology signal by bringing together some of the TECH cocktail community leaders from Boston, Boulder, DC and Chicago as speakers at the TECH cocktail CONFERENCE which attracted close to 300 guests. From the opening ceremonies where we played the TECH cocktail Song to Gary Vaynerchuk wrapping up the day of speakers it was a lot of fun. All the speakers did an amazing job and we are very appreciative of their participation and support. Unfortunately, I did not get a chance to see all the panels as I was pretty emceeing the event and making sure things run smoothly.

If you are down in Atlanta, Georgia today and tomorrow you might want to swing into the Intel International Science and Engineering Fair which is taking place. The worlds best young scientists, including many Georgia students will all be on hand showing off their technology and engineering masterpieces. Check out the video below for a quick preview.

Now here is an interesting and innovative way to explore videos! Leveraging the CoolIris 3D browsing technology, PicLens is able to explore videos and photos via a wall of videos. PicLens allows users to search Flickr, Photobucket, Facebook and recently added the ability to search YouTube in this same 3D fashion - among others.

So next time you get bored with traditional search metaphors for videos or images you might want to install PicLens and search in 3D. 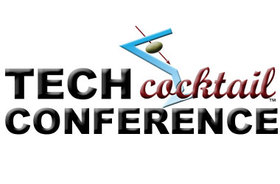 TECH cocktail, the events startup that was created by Eric Olson and I back in May 2006, has made a couple of exciting moves today. First we launched a substantial redesign of the TECH cocktail website that we have been working on for the last couple months. In addition, to stay true to our mission of helping to amplify the technology signal in local communities we are have announced the first ever TECH cocktail CONFERENCE (or TECH CONFERENCE for short). The event full day conference will take place in Chicago on May 29, 2008 and will be followed up by our popular mixer event. Register now - it should be a great event!

Playyoo, a social networking platform for creating and sharing mobile casual games, officially opens its beta doors to the public today. Described by TechCrunch as the "YouTube For Mobile Games," Playyoo (www.playyoo.com or m.playyoo.com on mobile phones) allows anyone to create and submit mobile games to its network. Users can create, share and discover new mobile experiences all via Playyoo.

Playyoo, a privately held company based in London, England, offers game developers a place to create and distribute Adobe Flash Lite mobile games. But you don't have to be a seasoned game developer to create a Playyoo game as it offers integrated game creator tools to enable anyone to develop and publish a mobile game creation.

If you have ever looked for concert, theater or sporting event tickets then you probably have heard of TicketsNow and Ticketmaster. TicketsNow an online tickets site founded in the Chicago northwest suburb now based in Rolling Meadows and Crystal Lake, Illinois has just announced it was acquired by InterActiveCorp’s Ticketmaster for $265 million as just reported on TECH cocktail.

With the Hollywood writers on strike  many of my favorite television programs have either stopped production or have had to improvise. 30 Rock where Alec Baldwin portrays a NBC executive is included in this list. A video surfaced before the holidays of another role that Alec Baldwin has recently taken on as AOL's Extra Senior Vice President of Special Excellence. 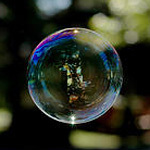 Userplane, the web chat and community tools provider, has announced today that they are working with network and cable TV media companies to rollout social networking and messaging services within their existing online communities to kick off online conversations. Userplane's deal includes Channel 4 (UK), The CW, FUEL TV, and the Independent Film Channel as they will be adding the Webchat, Minichat, and Webmessenger applications to their online communities.