Freshwater Venture is an effort devoted to restating the rich Chicago entrepreneurial history by profiling the startups that have been developed in the Chicagoland area. Freshwater Venture was created by Keith Schacht and Eric Antonow as they looked to raise the profile of entrepreneurs and their ventures in Chicagoland. The Freshwater Venture offers an index of startup profiles, industry roundups and a few video profiles. One of the most interesting features thus far is a Google Map mashup called Chicago Map 2.0 which plots 165 of the Chicago startup company office locations (shown below). This site is a great resource for anyone looking to better understand the history of Chicago startups. 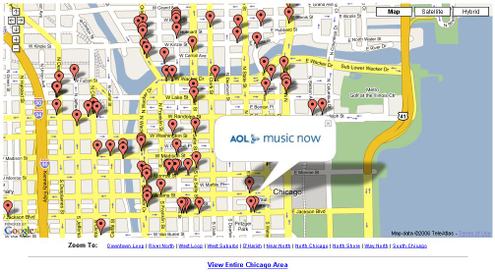 The Freshwater LIVE event took place tonight (October 26, 2006) at the Gleacher Center in Chicago bringing together a number of the CEO's that are profiled on the site in addition to other notables in the Chicago entrepreneurial community. The event was slated to have several of the founders of local startups reading their original business plans in addition to offering some very, very early stage funding. Unfortunately, I was not able to attend so I cannot say if any of that really happened but Eric Olson, co-founder of TECH cocktail was at the event so I am sure to be filled in. TECH cocktail made a donation to support the event as it is very much in line with our mission.