WE LIVE IN PUBLIC & How The Web Affects Society


We Live In Public Film Screening at SXSW from Frank Gruber on Vimeo.

Have you recently updated your Twitter or Facebook status, posted a photo on Flickr or posted a video on YouTube or Vimeo? I have. This kind of lifestreaming online behavior has become mainstream as the Web 2.0 movement empowered anyone to become an online content creator, trading privacy for a little taste of online fame and a connection with people.

While I was down in Austin, Texas for South By Southwest (SXSW), I got a chance to see the film screening of WE LIVE IN PUBLIC which took home the Grand Jury Prize at the 2009 Sundance Film Festival. The film focuses on the adventures of early dot-comer Josh Harris as he experiments to predict the effects of the Web on society. Ondi Timoner directed the film which documents what happens when the Web takes a stronger hold of our everyday life. The movie takes place mostly in New York and includes appearances by Jason Calacanis, Julia Allison and Meghan Asha (who appears on SOMEWHAT FRANK videos here and here). WE LIVE IN PUBLIC is a must see as we all become more tied to our devices and the Web.

Check out episode 73 on SOMEWHAT FRANK adventures in personal technology as I recorded a couple of short clips from the Q&A session with Director Ondi Timoner after the film and even got to meet her afterward. Also be sure to see the film WE LIVE IN PUBLIC when it is released as it really makes you think how we all live our lives and share so much online. Oh and you can follow Director Ondi Timoner on Twitter too. 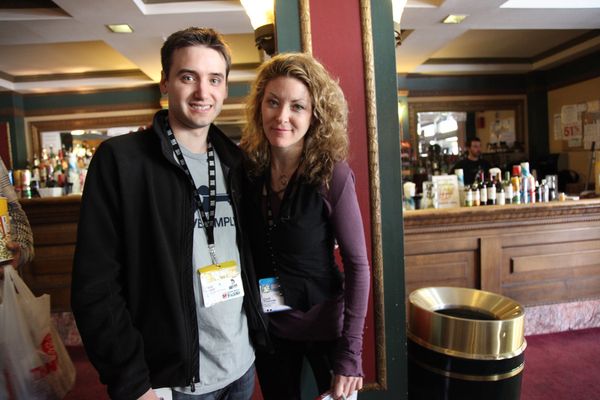 Photo of Director Ondi Timoner and I by Jen Consalvo.

Lifecasting, the process of broadcasting the events in a person's life through digital media, has become popular as more people become comfortable with expressing themselves online. Mod My Life puts an interesting spin of lifecasting by allowing it's viewers to control what a particular lifecaster is doing at all times.