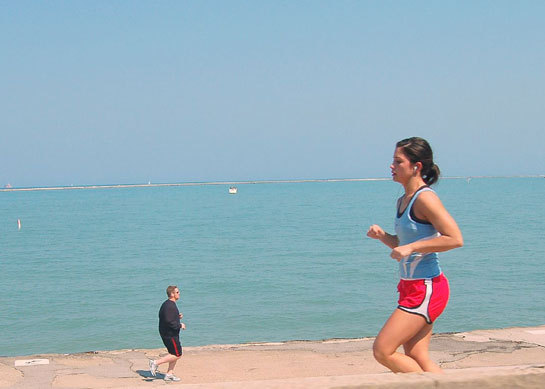 Continue reading "The 'my' Trend, How To Freeload at Web 2.0 Expo, Google Genetic Index Coming, AOL Top Ad Network By Reach & Is Content A Commodity?" » 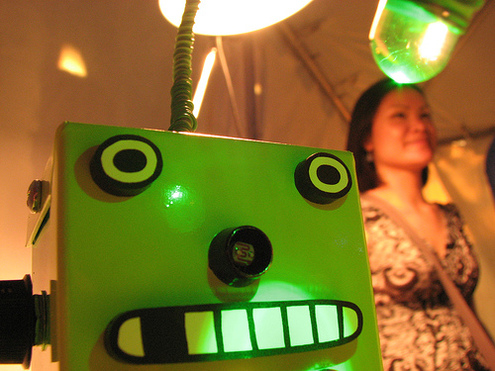 Photo of the Week: This photo of a robot titled bleeplaps by Eric Skiff was taken at SXSW which is going on this weekend in Austin, Texas.

My Yahoo! Gets Web 2.0 Makeover
Just as Yahoo CEO, Terry Semel hinted at last week, the new My Yahoo Beta was launched this week to offer an drag and drop experience that mirrors the current Yahoo home page. There were a number of media reactions to the product. Steve Rubel feels that the new My Yahoo is abandoning the geeks. Erick Schonfeld thinks Yahoo is chasing web 2.0 dreams. While Greg Linden explained how Yahoo will be adding more personalization to My Yahoo.

Freebase Will Prove Addictive
Freebase, launched this week to create an online database, is to centralize as much data as possible to allow participants to freely add and access data - developers can extract information from Freebase via a set of APIs and add it to their web applications. This application, if true to its mission, could be huge.

Criteo’s AutoRoll: What Readers are Reading
Eric Olson showcases a new blog widget by Criteo called the AutoRoll that displays links to blogs that your readers should like similar to the way MyBlogLog offers up popular links in each blog community. Based on each unique reader's affinity for each specific blog, the Criteo Recommendation Engine will compute on a real-time basis the relative affinity of all blogs.

Google Phone: Team of 100 working on Blackberry like….?
Is Google planning to follow Apple's lead into the phone industry?

Clearspring Raises $5.5M for Widget Service
ClearSpring, the Arlington, Virginia-based widget marketplace, which helps content owners widgetize and widget makers hook up with web and desktop distribution platforms, has raised $5.5 million in its second round of funding, for a total of $7.5 million raised.

Feedable Puts a Memetracker in Your RSS Reader
Steve Rubel reviews the new Ajax feed reader called Feedable and expresses his liking of its "memetracker" feature. The "memetracker" is built right in and shows you what the hottest items of the day are.