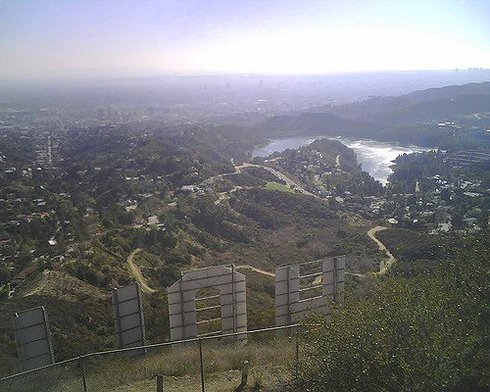 Photo of the week: With the 79th Academy Awards tonight I felt this photo title Over Hollywood Sign by Jorge Mir offered a good point of perspective.

Hollywood Disrupted By Social Media?
An opinion piece in the LA Times, titled “The Movie Magic is Gone”, explains how Hollywood is losing its place as the epicenter of cultural products and how movies are losing their relevance as the "barometers of the American psyche". Personally, social media has definitely pulled me away from more and more television and movies the last couple of years.

BitTorrent.com Launches Video Store
BitTorrent Inc, the popular peer-to-peer file sharing software, has released the final details of their long awaited video store. The store itself will go live this Monday, and will offer movie rentals at $2.99 - $3.99, and “download to own” TV shows.

It’s G-Day: Google Launches Apps Premier
Google has Microsoft squarely in its cross-hairs as it launched Google Apps Premier, its subscription package of premium, hosted business applications in direct competition with Microsoft. It does not surprise me. Interestingly, this past week I also heard a radio advertisement for "Breakfast with Google," an event setup to showcase Google @ Work for government organizations.

How does OpenID work?
Good question, this video post offers some perspective on just how OpenID works as explained by Simon Willison. Also Digg announced this past week that they are going OpenID.

How Many Founders Does A Startup Need?
Brad Feld looked at number of founders in successful Internet businesses. The average is 2.09 founders and Brad discusses this number and gives his input.

Netvibes2Go, Pretty Good Actually
GigaOm takes a look at Netvibes mobile experience and reports back on it. Basically, Netvibes setup is easy: create a tab in Netvibes called “Mobile,” and drop in some of these modules.

The State of the Web-based RSS Reader Market
FeedBurner released a great look into the feed market and Read/Write Web took it a step-further by examining the web-based feed reader market. The article also pulls in some numbers from another feed-based business called Pheedo. 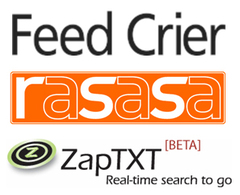 Do you want to stay connected with latest news updates from your favorite sources? Would you like to receive feed alerts and updates via instant messenger or over SMS? If the answer is yes to either of those questions you might want to read further as a few new services have popped up recently that might make it possible to get feed alerts anywhere.

FeedCrier is a new service created by Adam Kalsey, founder and former CTO of Pheedo. FeedCrier offers the ability to deliver feed alerts or updates via AOL Instant Messenger. Rick Klau of FeedBurner was the first to draw my attention to FeedCrier. Interestingly, Rick created a piece of FeedFlare to be added to the bottom of a feed. In case you do not recall what FeedFlare is, check here for refresher. The FeedFlare places a link at the bottom of your feed which offers you the ability to opt-in to FeedCrier instant messenger alerts. Rick has placed the FeedCrier FeedFlare here if you are interested in giving it a try.

TechCrunch also recently published a piece on FeedCrier which highlighted a few other similar services which included ZapTXT and Rasasa. TechCrunch had this to say about them:

"These other services are not limited to AIM, they offer autodiscovery bookmarklets and both ZapTXT and Rasasa incorporate SMS and email alerts as well. Rasasa’s push technology is the smartest, but isn’t supported by all US mobile vendors."

Read/Write Web wrote a piece on ZapTXT, sizing it up as a possible replacement for the keyword search product PubSub which recently folded.

While all products mentioned are innovative and pushing RSS feeds and syndication to new limits, the ability to not only instant messaging updates but also SMS alerts for on the go updates positions ZapTXT and Rasasa as slightly more appealing options.