If you are a bootstrapping company or brand looking for ways to join various online conversation and promote your product you might want to look at BuzzGain. BuzzGain is a do-it-yourself PR and marketing solution that just launched into public beta today. It empowers businesses to identify online communities such as blogs, Flickr, Youtube, Twitter, and also traditional media so that companies can then reach out and share their story. BuzzGain prices range from $99 to $999 per month depending on the revenue of the company. BuzzGain was co-founded by my friend, Brian Solis and Mukund Mohan. Check out TechCrunch's further analysis of BuzzGain.

Watch and interact live over the Web! Today at 7 p.m. EST, I am chatting with Washington, DC local marketing/PR guru Rohit Bhargava the author of the new book, Personality Not Included: Why Companies Lose Their Authenticity And How Great Brands Get it Back. I am excited to be able to chat with Rohit tonight as part of the Network Solutions powered event that SOMEWHAT FRANK teamed up to host.

I met Rohit last year as he moderated a panel that I sat on with fellow social media experts, Gary Vaynerchuk and Geoff Livingston. You can watch that video here, as I recorded it from a video camera mounted to my head. Interestingly, my three colleagues have all since published books - now doesn't that make me feel like a slacker. :)

Personality Not Included is different from your typical marketing book and we are going to discuss it at this event. The actual event is sold out but you can watch it below thanks to BlogTV. 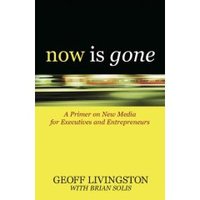