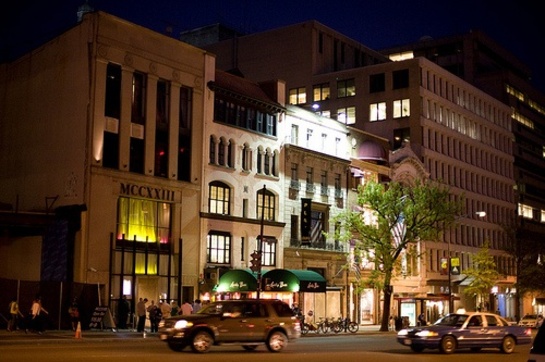 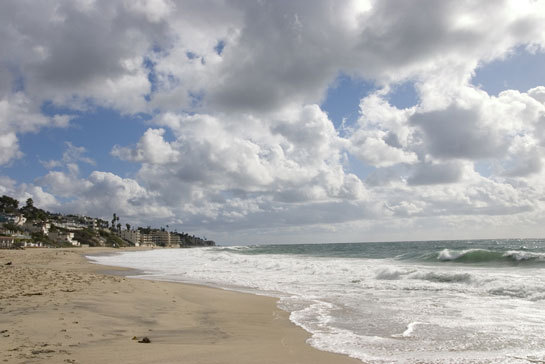 Typepad On The iPhone: Video Demo

Typepad, the popular hosted blog platform by Six Apart, has announced a new iPhone optimized interface. Typepad users can now visit http://i.typepad.com on an iPhone or the new iPod Touch in their Safari Web browser use an optimized version of Typepad. I tested it out with a brief video demo.

In case you missed it, San Francisco had a power outage today that was caused by an explosion downtown. The fire from the explosion knocked out electricity and several big siteswhich included Netflix, Craigslist, Typepad, Vox and LiveJournal - all were down for several hours.

Somewhat Frank is powered by Typepad therefore was also down as part of the go-juice outage. Sorry for the inconvenience if you were trying to get to the site during the outage. 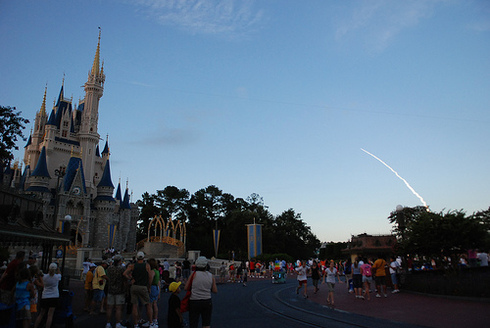 Photo of the Week:  Space Shuttle Atlantis Launch from Walt Disney World Magic Kingdom by Josh Hallett was taken this week with the successful launch of the space shuttle.

Major Relaunch For Ask: Ask3D
It looks very sharp. I like the way they allow users to personalize the wallpaper behind the search box with a few different colorful skins. Very innovative and 3D yummy design.

Will Amazon Purchase Netflix?
Rumor has it (coming from major news outlets) that movie rental company Netflix may be purchased by internet retail giant. Does it make sense?

Who Matters Now?
Business 2.0 Magazine invites you to vote for the business people who inspire, inform and infuriate you, from CEOs to entrepreneurs to media stars. Vote for Mike Arrington.

Secrets to Web 2.0 Viral Growth
Forbes.com has a short but informative article in which Roelof Botha (the Sequoia Capital venture capitalist instrumental in the success of YouTube and PayPal) shares two tips on how to have your service explode in membership using viral marketing.

Watchdog group flunks Google on privacy practices
In what looks to be brewing into a mutual smear campaign, London-based Privacy International has ranked Google among the worst top Internet sites for privacy protection, and Google is reportedly taking the watchdog group to task.

Clearspring Lands Major Deal With NBC
Clearspring, a Virginia-based company that demoed at TECH cocktail DC 1, announced it was chosen by NBC to be its exclusive widget platform for the next year. This is a major deal for Clearspring, and for NBC as well. The specific terms of this business arrangement have not been disclosed.

The Top Social Networks Where Alcohol is Allowed
Mashable looks at the various drink 2.0 web sites.

Feedtwister Lets You Mix Feeds
After registering with Feedtwister, members can begin adding their favorite RSS feeds. You can create as many lists as you like, and each list is a combination of the RSS feeds you selected.

WordPress vs. Movable Type
The interesting question is how the market will respond to an open source battle between the old blogger favorite and the new blogger favorite.

Search is history, says Yahoo!
Although Yahoo!, like Google, has talked before about developing a more personalised web, with relevant information delivered directly to readers, this was the first time that the company has said publicly that search will become less important.

Is Your Site Mobile Ready?

Is your site mobile ready? .mobi has launched, ready .mobi, a mobile-readiness test to help site owners. You simply put in your URL and using industry best practices & standards you find out if the site is mobile ready.  Unfortunately, Somewhat Frank is not currently fully mobile ready. You can visit the Somewhat Frank Mobile Version but it currently is only detecting and redirecting users visiting the site with Windows CE over to the mobile version.

Eric Olson previously wrote a piece explaining how to setup a mobile version of your site leveraging the FeedBurner BuzzBoost feature and simple server level http redirects. This method works wonderfully if you have server level access. Somewhat Frank is on Typepad, the SixApart hosted blog platform, and does not enable the same server level access as host it yourself solutions. Typepad does not  currently offer an out of the box mobile browser detection solution. I contacted TypePad support about it and JavaScript was mentioned as an option but no clear details were given so I found some JavaScript to handle Windows CE users. If anyone knows of other mobile redirect solutions that could be implemented on hosted blog platforms like Typepad please let me know.

Yesterday (October 19, 2006) I had the opportunity to represent AOL at the Six Apart Business Blogging Seminar in Washington, DC. The event was a half day seminar focusing on politics and advocacy. It was supposed to be lead by Six Apart's Anil Dash but unfortunately, Anil was ill so he could not make the engagement. It was unfortunate but Marissa Levinson and the rest of the Six Apart team did a good job filling in. Joe Loong one of the major bloggers also was in attendance. Jake Parrillo spoke on behalf of FeedBurner about leveraging feeds for politics and advocacy. Jake is a politician himself so speaking at this seminar was a great fit for him.

The event spoke to all levels on blogging and feeds. I have written several posts on Somewhat Frank (a Six Apart Typepad hosted blog) about business blogging, feeds and how to get started with blogging, so I thought it might be helpful to point some of the most popular:

While all the speakers did a wonderful job presenting, I definitely was more interested in the questions the audience had to ask since it offers some insight into the understanding of blogs and feeds outside the tech community. Photos from the event can be found here.

Just a few days ago I reported that Rojo was missing its mojo and now it appears not only its mojo but all of Rojo has been sold to Six Apart. Six Apart has acquired Rojo Networks, which includes Rojo one of my favorite online feed readers, as I previously conveyed and NooZ.com, a community edited news site. The Six Apart press release can be found here.

The move puts Six Apart in a pretty good position with blog platform products for the three main blog niches (personal, professional and social) plus a solid online  feed reader and blog search engine in Rojo.

The Rojo blog has reported the following plans:

"Six Apart plans to spin the Rojo service out – so we will continue to innovate and improve the service. As proof of that, stay tuned in September for a very significant release of Rojo. We are migrating Rojo to a new architecture – one that we built when we launched NooZ.com – which will greatly enhance the speed and usability of the service. Details will follow soon."

Is Six Apart fueling Rojo as they prepare to flip it?Or are they branching out the product line to position themselves to be acquired? It's hard to say but it will be interesting to see what happens.