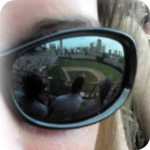 I am an avid baseball fan and former collegiate baseball player. During my time growing up playing the game the professional baseball player pay scale increased dramatically, raising the stakes for anyone playing the game from tee-ball to the pros.  Watching Major League Baseball through the years, many players transformed in front of my eyes from lanky ballplayer of the 1980's to bulky players of the 1990's and beyond. With all the controversy swirling around steroids in baseball, Major League Baseball commissioner Bud Selig appointed former a former Senate majority leader and federal prosecutor, George J. Mitchell to conduct an investigation on the use of performance-enhancing drugs in the sport.

With the investigation now completed the results creatively title, The Mitchell Report were released. The report calls out a number of respected and previously thought to be 'clean' baseball players as steroid users. It is now available online for you to read and cherish for yourself.