CozmoTV, a subsidiary of Cozmo Media which has offices in San Francisco and Boston, recently launched an online video site that focuses on providing users with personalized video recommendations. Users can create custom channels for different types of content. Users can also rate individual videos to on a scale of 1 to 5 stars. These active inputs appear to be used to sculpt personalized video recommendations. According to the CozmoTV web site the idea spawned from the idea that:

“We both loved our TiVo®Boxes and thought that a great service would be to provide simplified search through a Website that would talk directly to your TiVo. (Sorry, TiVo, but we felt that your online scheduler kind of sucked.)”

I first learned of CozmoTV at the TechCrunch 8 Meetup in NYC when I talked with CozmoTV co-founder Alex Rowland. Since CozmoTV had not yet launched I was not able to see a product demo but he did compare CozmoTV to Pandora and TiVo.  I now see the validity in those comparisons though I also think CozmoTV's active inputs personalization model mirrors that of StumbleUpon Video which also recently launched. CozmoTV pulls its videos from YouTube but in doing comparison searches it appears to be only a subset of YouTube videos but as the number of online videos increases I could see this product becoming helpful in sorting through and finding new videos.

CozmoTV created incentives to go check it out and start rating video by offering up 80 Nintendo Wii gaming systems as prizes to the first 80 users who have a user confidence rating of 80 or more. 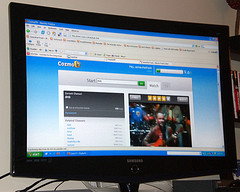 I took some time to see how difficult that might be and I have to admit it is not a walk in the park. I watched and rated hours worth of video and was only able to get my rating up to 10.1%. At this rate, I may be better off looking for a Wii elsewhere but, that aside, I enjoyed creating my own channels and viewing the personalized recommendations.

For other perspectives on CozmoTV's recent launch check out: Rev2.org and Zatz Not Funny!. Also stay tuned to CozmoTV updates via the CozmoTV blog and good luck trying to win a Wii!

Yahoo has taken its recent aquistion of Meedio and already worked it into the Yahoo brand as Yahoo Go, a free digital video recorder or DVR system. Sweet!

Since Tivo and others are charging for the hardware and the service, Yahoo Go is going to look very appealing to those folks not already using a DVR product. I will be giving Yahoo Go a try once I determine which computer I want to hook up to my TV. However, hooking a computer to the TV might be Yahoo Go's biggest obstacle for attacting the general TV watching population. Click  here for more information on setting up Yahoo Go.

Om Malik and Mike Arrington have additional details on the product offering (it appears they were chatting over scotch last night). Also Dave Zatz has some excellent screen-shots to go along with a write-up.

MeeVee: Find TV For Me

MeeVee is a new beta product for connecting people with television listings. MeeVee offers an interactive TV Guide that allows you to personalize the site to your specific television setup and channel and programming listings.

MeeVee provides basic programming details but also offers a number of bells and whistles which include preview clips, slide shows and high definition video desktop alerts called MeeVCasts.  MeeVee search-able TV listings enable you find all your favorite television shows. MeeVee also has some interesting video search capabilities with includes a patent that provides search results for video content that users might like. Once you have found your favorite TV shows you can add them to an area in the site called "My Planner" which lays out a potential viewing schedule. I have attached a screen-shot of the general MeeVee portal interface. 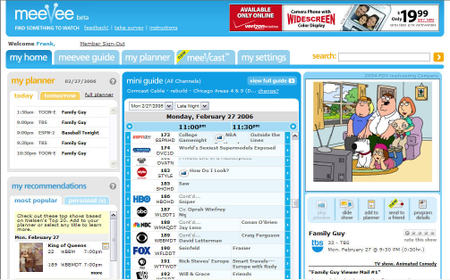 According to a recent report by Red Herring, MeeVee received $6.5 million of additional funding to help it continue its quest to offer the most personalized TV guide online. MeeVee is partnering to power the TV sections of online newspaper sites and others which should help spice up the sites and extend MeeVee brand recognition. It will be interesting to see if MeeVee decides to compete or partner with TiVo and other DVR producers which offer on screen television listings.

With CES this week has been a week of announcements. It appears that Yahoo and Google are on the same page in offering services more tightly integrated into the mobile devices. The ZDNet News reported that Yahoo will announce today (January 6, 2006) that they are going to start offering e-mail, instant messenger, photo and other services outside of traditional web browsers on mobile devices and PC-connected televisions. According to the report:

“…Yahoo plans to launch a service that will allow mobile users to program the recording of TV shows remotely over mobile phones, and eventually offer music services through the TV...”

This makes some sense with the November Yahoo/Tivo announcement.

Google on the other hand is also making some mobile device noise. According to different ZDNet News report Google has teamed with Motorola who is said to be creating a cell phone that has a special button for Google Search. Wow, a phone button specifically for directing cell phone users to search with Google, that sounds like a pretty solid deal for Google. I just wonder how users will take this one button Google Search integration.

Overall, these announcements should not surprise anyone since they attempt to secure more of the open mobile real estate that are inline with the trends of our "iPod loving on-the-go" culture.

Sling Media Could Change The Way We Watch TV

You might be asking the question, what the heck is Sling Media? I was at first too. Then I saw an advertisement for the product and it created more confusion. Its design resembles a gold brick! However, after poking around a bit more on the Internet I have found Sling Media's Slingbox to an invention that could change the way we view and manage our television experience. The Sling Media Slingbox device is similar to TiVo in that it allows you to record television programming by scheduling to

record up to 3 days in advance. The key distinction between Slingbox and TiVo is that Slingbox enables a user to access their home television service from anywhere in the world. Also the Slingbox is not meant to replace TiVo but can be hooked up to work with TiVo.

How does Sling Media work?
The Slingbox hooks up to your home computer and turns any Internet-connected laptop or desktop PC into a personal TV. According to the Sling Media website the Slingbox:

"The Slingbox redirects, or "placeshifts", a single live TV stream from a cable box, satellite receiver, or DVR to the viewer's PC located anywhere in the home. If the Slingbox is coupled with a broadband Internet connection, the viewer's live TV stream can be "placeshifted" via the Internet to a PC located anywhere in the world."

So next time you are in a hotel room with an Internet connection and you want to watch your TV programs that you recorded at home, now you can!

This is an amazing invention and it is no wonder that Time Magazine has named it one of the top inventions of 2005 among a long list of other awards. I think it is only a matter of time for this invention to catch on with the masses. I also feel this invention will drive more people to set-up media center television stations that are really just glorified computers to take advantage of the benefits of the Slingbox.  Additionally, Sling Media is also soon to be offering the software that controls the Slingbox called SlingPlayer with the ability to send media content to PDA's and other devices similar to the recent TiVo move to allow users to add content to an iPod.

For more information on Sling Media check out these posts on Informitv, SlingBox.org, QT Monster's Place and TV Squad.

Let's just sit back and watch as the Slingbox becomes more well known and hits it tipping point. It should be exciting to watch. With the holidays approaching maybe you should add the Slingbox to your holiday wish list. If you are interested in bypassing the wait for the holidays you can order Sling Media now via Amazon. 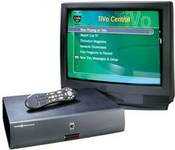 TiVo is about to release a new feature that allows users to download any recorded program (expect pay-per-view and on-demand television) to a video iPod or PSP device. According to a WSJ report, this advancement is an expansion of a current TiVo feature since they have been able to offer similar services via Microsoft’s Portable Media Center technology called TiVoToGo. TiVo also plans to modify the feature  so it would work with Sony PlayStation portable mobile game device or PSP.  Of course this move has some of the television networks a little frazzled since they had plans to sell their hit shows for $.99 to $1.99 per download while the TiVo enhancement would enable free downloads of these shows by recording them via TiVo.

I think this an awesome move my TiVo since my biggest hesitation with purchasing a video iPod was that I would then have to pay to watch regular programming and at $.99 or $1.99 a download it could really add up. TiVo has totally eliminated that concern from my mind. I would just need to pay TiVo the nominal $15 to $30 setup fee to be able to download my favorite programs to a portable device. It will be enjoyable to see how this all plays out. TiVo's move will most definitely cut into the television networks plans to capitalize on download-able TV programs like "Desperate Housewives" and "Lost".

Can both free TiVo downloads and on-demand pay offerings co-exist? Yes, of course they can, and they do today on television. There is still a market for selling hit shows that people have not been able to TiVo similar to the way TV series have been releasing DVD collections of an entire season of a specific program as well as offering on-demand movies and television shows.

For more buzz from the blogosphere on the new TivoToGo products check out these posts on Pito's Blog, NickStarr.com, NetworkGarage.com and Ratcliffe Blog.