I recently visited my hometown of Woodstock, Illinois where I lived from birth till about age twenty as I welcomed wine expert Gary Vaynerchuk of Wine Library TV. It was a super wine event sponsored by the Woodstock Fine Arts Association as part of the Creative Living After Dark series. I was happy to introduce him to the crowd at the historic Woodstock Opera House which has been around since 1886 and housed a number of popular acts including the movie Groundhog Day, Orson Welles and Paul Newman. Follow along as I captured the days festivities as episode 52 on SOMEWHAT FRANK. 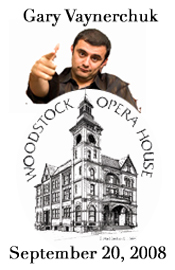 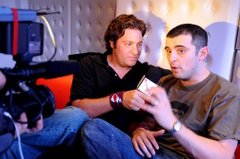 Last week Robert Scoble and Gary Vaynerchuk visited Washington, DC. Robert Scoble was escorted around the city by Andrew Feinberg and met with a few folks on the hill. While Gary Vaynerchuk visited for a book signing. They were welcomed on Wednesday evening with a party that converged DC politicians, social media folks and wine lovers. Peter Corbett from iStrategyLabs was on location talking with folks through the evening. 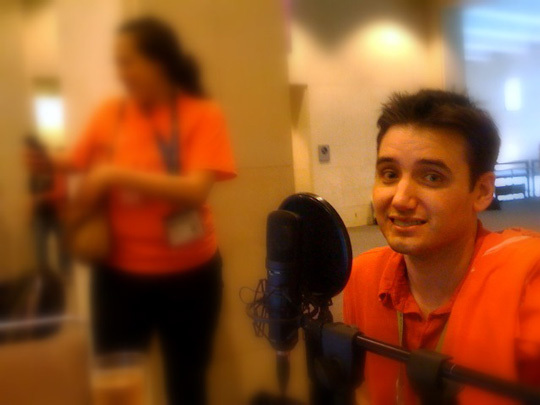 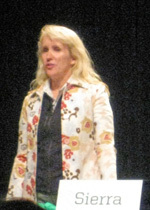 Kathy Sierra spoke yesterday at South by Southwest Interactive and shared some wonderful tidbits on how to "woo" users. I took some notes from the session and compiled them below. Kathy started out by saying creating a product:

"Think about ways to make your users really good at something."

She went on to explain by saying you need to work on creating a hi-res user experience. No one is passionate about something they suck at so making it easy to be awesome is a key to creating passionate users.

Last night at SXSW in Austin, Texas I waited in line for about an hour to get into the 16 Bit event at Scoot Inn. After nearly getting to the front door, I ran into Gary Vaynerchuk from Wine Library TV. Gary was fed up of waiting in line and jumped out and proposed we head to our hotel and drink some wine he brought in. I thought it was a super idea. So I jumped on a pedicab with Kristen Nicole from Mashable and Brian Solis from Bub.blicio.us. What happened next was epic...

Photo of the Week: A couple of Maine Lobstahs! from a surf & turf event I attended on Friday. It doesn't get a whole lot more "summer" than this.

As I highlighted earlier this week, Gary Vaynerchuk of the popular wine video podcast Wine Library TV made an appearance on the NBC's Late Night with Conan O'Brien television program this week. In case you missed watching it on Wednesday evening you can watch it now thanks to YouTube. Check out the video of Gary's entertaining appearance above. Great job Gary on attempting to train Conan O'Brien's palette. 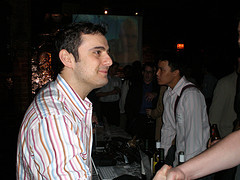 Gary Vaynerchuk, the host of WineLibrary.com's video blog Wine Library TV is a pretty entertaining guy. I got a chance to see Gary's energy in action a few months back when he both demo'ed and sponsored at TECH cocktail DC 1.

Gary's love for wine and charismatic personality has created quite a following on the Web which has resulted in being profiled by the Wall Street Journal and Time Magazine and now he has landed spot on Late Night with Conan O'Brien on Wednesday night (August 1, 2007).

Check out Gary in action tonight on Late Night with Conan O'Brien and also watch his latest video blog post (below) where he breaks the news about getting on the popular show. Tune in to cheer Gary on. Good luck Gary! 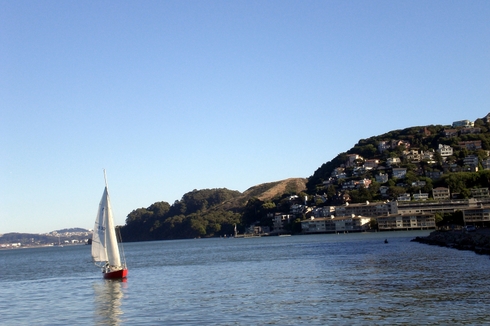 Wine Library TV, a popular wine video blog that shares the wine expertise of founder and host Gary Vaynerchuk, has announced it has acquired the wine social network Cork'd. In simple terms, Cork'd is site for a wine lover to share and rate wine. It seems like a great fit as Gary highlights wines that Cork'd enables users a way to suggest and keep track of the wine you would like to try - they have excellent crossover. I briefly highlighted Cork'd while showcasing wine and web 2.0.

In chatting with Gary today over email, he offered this explanation for acquiring Cork'd:

"From the day I saw Corkd.com I knew they nailed it... to have the honor to take Cork'd to the next level and most importantly to give "THE PEOPLE" what they deserve is not only exciting but an honor!"

Gary also mentioned that there are plans to integrate OpenID and SMS functionality into Cork'd.

Wine Library TV is a sponsor and exhibitor at the upcoming TECH cocktail DC. We are extremely happy to have Gary showcasing Wine Library TV and Cork'd at our event. Cheers.